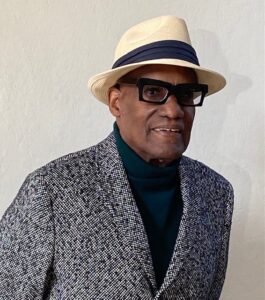 REVEREND RON SWISHER, Rev. Ron is a native of the Bay Area born at Kaiser Hospital, Oakland in 1946. He was raised in Alameda where he spent over 20 years. After graduating from Encinal High School, he worked as Park Director for four years while attending the University of San Francisco. A defining moment in his life was his conversion to Christ at the age of 18 over 57 years ago. 2022 will mark 50 years in ministry, though retired the last 3 years.

Community Engagement
Community Organizer in United Methodist National church program called Black Community Developers. He functioned as liaison with church and community and was assigned to Taylor Memorial in 1970-1972. Although he was in Seminary, considered intern years, it was extremely significant because he was able to work with the Oakland Black Caucus, Oakland Black Panthers, NAACP of which he’s a Life Member, and other community organizations. It helped him understand the importance of social justice connected to personal faith, individual convictions with collective concerns and his faith journey with the issues that challenge and confront our world.

In addition, Rev. Ron has been the co-host of the religious program Mosaic for over 20 years, on KPIX/CBS Channel 5 at 5:30am Sunday mornings. The Catholic Community hosts one Sunday, the Jewish Community hosts one Sunday and Protestants host the 4th Sunday. A few of those Sunday’s they’ve had a Muslim host. Mosaic has been on hiatus for over two years, and only showing reruns, but hope to be live again in 2022.